Many years of growth and experience 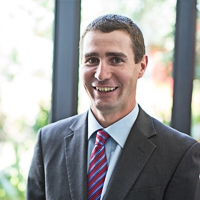 Scott commenced his accounting career with Boyce in 2001 as a cadet accountant and graduated with a Bachelor of Commerce in 2004. Scott continued his studies to qualify as a Chartered Accountant (CA) in 2006.

As is characteristic, Scott was quickly recognised as leadership material and was appointed as a director of the firm in 2012.

Scott grew up in Goulburn, on the NSW Southern Tablelands where he was exposed to agriculture and small business from an early age.

During his time with Boyce, Scott has worked closely with all five Boyce offices and services a large geographical area which has enabled him to gain an insight into a broad cross- section of industries and regions.

Scott’s strength as a business advisor is founded upon his depth of understanding of management accounting and its application to businesses; large and small.

Recently, he has developed a specialisation in the emerging carbon trading industry, and is now seen as an industry expert. He has been asked to speak at various conferences and seminars on the accounting and taxation implications of carbon farming.

Scott is also involved in a number of charitable organisations and is currently the treasurer for the Dubbo Chamber of Commerce.