Tony’s memory lives on at Boyce through this highly coveted award. Finalists from each of the Boyce offices are selected by their peers to be judged against criteria that encapsulates Tony’s contribution to the firm such as demonstrating a genuine care for clients, contributing to the social fabric of Boyce, acting in a professional manner, living the firm’s values on a daily basis and meeting the high performance expectations of their role within Boyce.

Cameron commenced with Boyce in November 2013 as a Cadet in the Wagga office. During the 2017 financial year, Cameron stepped up in the absence of senior team members, taking responsibility for their clients and team, winning them over with his great care and service. Cam’s commitment to continued development is highly commendable, after completing his CA this year and topping the state for the Capstone module, Cam continues to seek out development opportunities and further study. Cam has driven the C2S fundraising efforts for the Wagga office this year along with attending the C2S event and being actively involved with all other social functions for the Wagga office.

Chairman Mike Willis acknowledged the high calibre of the four other finalists:

Mike noted that the finalists all had their own strengths, from up and coming accountants who have taken on additional responsibilities, senior team members leading by example, and long standing team members who are the quiet achievers making a contribution every day with a minimum of fuss. All finalists were clearly held in high regard by their team members, directors and clients and live our Boyce vision and values every day. 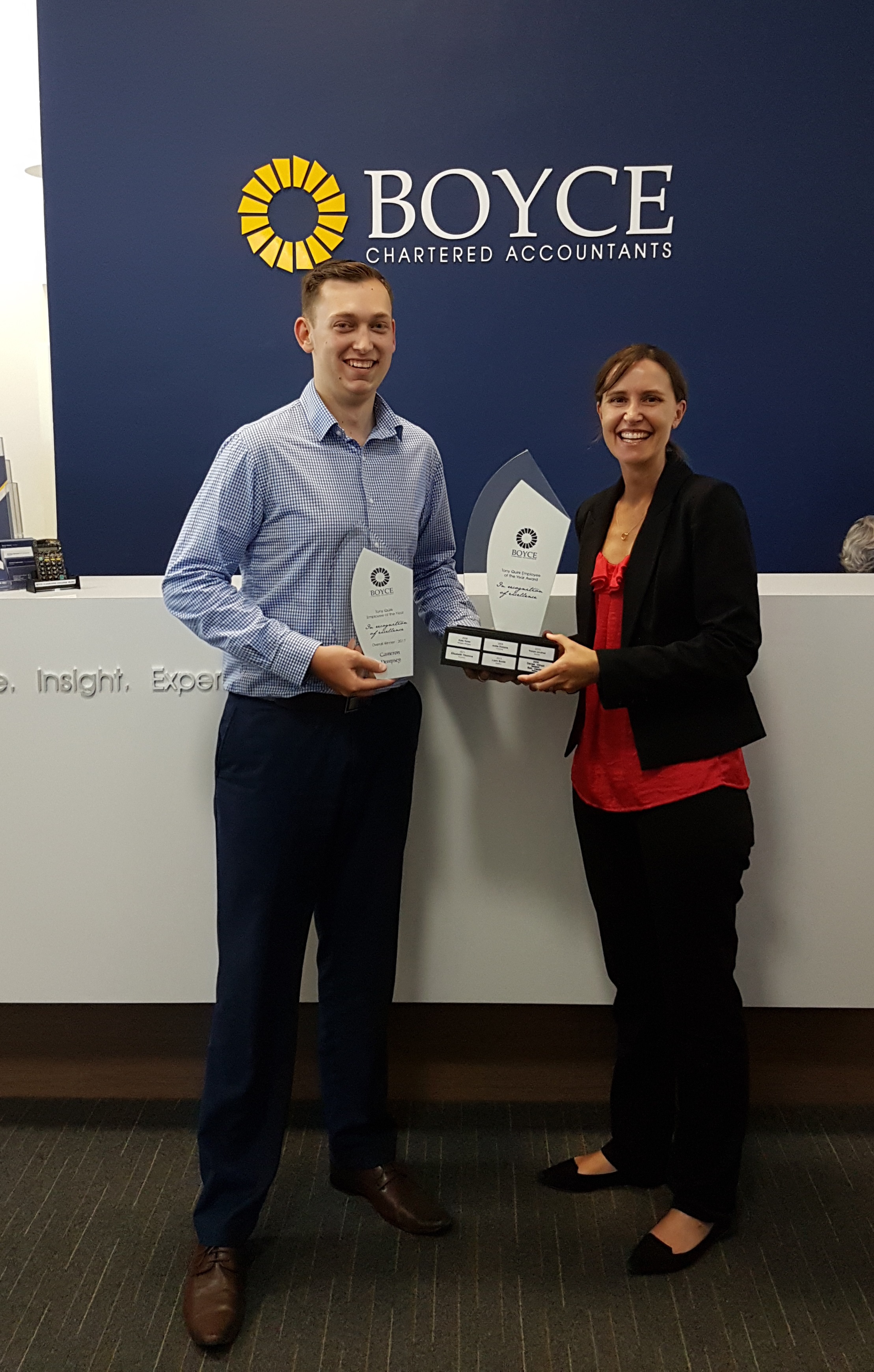