Home > The Importance of Trauma Cover

The Importance of Trauma Cover 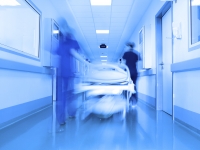 Thanks to modern day treatments, cancer survival rates are on the rise. But can you afford to be treated?

This article, brought to you by Boyce Financial Services, the financial advisory division of Boyce Chartered Accountants, will help you understand the importance of trauma cover when facing serious illness.

One in two Australians will develop cancer before the age of 85 and one in five will die from the disease, according to a report from the Australian Institute of Health and Welfare (AIHW). But while the incidence of all cancers rose by 27 per cent in the 25 years to 2007, deaths from the disease have actually fallen by 16 per cent. This proves just how far modern medicine has come and the calibre of treatments available to treat the various forms of this illness.

According to Anne Bech, spokeswoman for AIHW, “While overall cancer survival is improving in Australia variations still exist between types of cancer.”

The report also revealed that cancer sufferers, who have survived for five years, had a 90 per cent chance of living for another five years for all cancers combined. This is all good news right?

Well, if you have enough money to cover all the necessary (and ongoing) treatments then absolutely! But, what if you can’t afford to be treated?

One might be forgiven for thinking that a combination of income protection insurance, private health insurance and Medicare are enough to cover the treatment of serious illness. But the truth is, in the case of cancer, where it can take years of treatment including many rounds of chemotherapy, radiotherapy and even surgery, serious illness can come at a huge cost which can mean hundreds of thousands of dollars out of your pocket.

Kathy, aged 41 and with two sons, was diagnosed with breast cancer. She had two rounds of surgery, chemotherapy and radiotherapy, not to mention the reconstructive surgeries on top of that.

After Medicare and the health fund had paid their parts, the gap costs came to tens of thousands of dollars.

Read on to find out why she wished she had listened to her planner’s recommendation to take out trauma cover sooner.

It’s important to speak with your planner to understand the difference a lump sum payment can make in the event of suffering a pre-defined traumatic event such as cancer.

Not only will trauma cover help to meet any out of pocket expense you might face, but it could help you on the road to recovery by removing some of the added financial pressure created by the need for ongoing and often expensive treatments.

Consider the incremental increase in survival rates for all cancers combined:

Are you financially prepared for the treatments that go along with surviving serious illness?

For more information on trauma cover to put your mind at ease, contact your Boyce Financial Services Advisor.