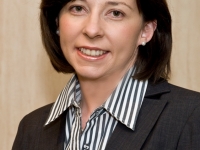 Boyce has been a trusted advisor to many rural families for more than 35 years.

With more than 130 staff and six offices located in major regional centres, their size and scale means that they are able to offer a level of knowledge, insight and experience not available in smaller firms.

Managing director, Peter King, says that he and his fellow Boyce directors are excited by the expansion of their suite of services.