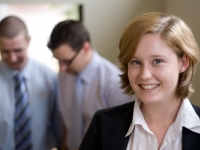 The industrial relations landscape is ever-changing. If you are an employer it is more important than ever to keep abreast of the legislative changes to avoid costly penalties, or worse.

Many of the changes being rolled out during the 2012/13 financial year affect the cost of employing people and at least one, the mandatory increase to employer superannuation contributions, increases costs significantly.

Some of the most important changes are set out below:

Employer superannuation contributions will be increasing over coming years and the increase to 9.25% must be implemented by 1 July 2013.

Employers will need to consider:

Employers who already contribute more than the contribution cap may also need to consider how the new rates will be implemented.

Dad and Partner Pay is a payment of up to two weeks’ pay at the rate of the National Minimum Wage for working dads or partners (including adopting parents and same-sex couples). To be eligible dads or partners must not be working during this time or must be on unpaid leave.

Employers do not play a role in providing Dad and Partner Pay it is paid by the federal Department of Human Services directly to the recipient. It’s still important to be aware of Dad and Partner Pay because your employee may approach you about taking unpaid leave so that they can receive this payment.

The Migration Amendment (Reform of Employer Sanctions) Bill 2012 passed both Houses of Parliament in February 2013 and is awaiting Royal Assent.

This Bill legislates for a new system of ‘non-fault’ civil penalties, which may be levied against employers, directors and managers who allow employees and contractors to work without the necessary visa. The legislation states liability arises whether or not a person is aware of the worker’s unlawful status.

Employers and employees are significantly more exposed to risk than they have ever been for employing or referring workers who are not entitled to work. It is important to review recruitment procedures to ensure pre-employment screening including strong policies and procedures for reference checking are in place. Internal communication about the changes coming into effect will be important to reduce organisational risk and the risk of individual liability of managers within an organisation.

Employers should be aware of the implementation dates of the nationally-operating Workplace Health and Safety Acts across Australia:

Major reforms have been made to Australia’s privacy laws following the introduction of the Federal Privacy Amendment (Enhancing Protection) Act 2012 ("Act"), which was passed on 29 November 2012. Most of the new provisions will not take effect until 12 March 2014, to allow organisations time to comply with the new privacy framework.

Companies must reconsider the processes for the handling of all personal information. While the exemptions for employee records will continue, there are a number of new measures that will affect organisations, including the risk for the first time of civil penalties being levied for breaches.

Major changes to discrimination laws are well on their way with a draft of the Human Rights and Anti-Discrimination Bill 2012 currently being considered by a Parliamentary Senate Committee.

The Bill is intended to replace all federal anti-discrimination laws and includes a “reverse onus of proof” and new areas of unlawful discrimination at work (or ‘protected attributes’) due to medical history, industrial history (for example, trade union activity), religion, political opinion and nationality or citizenship.

If you would like more information about how these changes may impact your business, please contact Gabrielle McFarland, HR Manager – Boyce on 02 6452 3344 or by email to gmcfarland@boyceca.com.