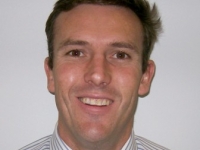 BFS was established in August 2008 to offer a comprehensive range of financial services and advice to maximise the wealth potential of individuals, families and businesses.

Boyce Managing Director, Bernard Kennedy, said that the business had progressed ahead of expectations despite being established at the height of the global financial crisis.

“Lindsay has been instrumental in this success,” said Mr Kennedy.

“He is an outstanding financial advisor who works hard to understand the needs of clients to help them achieve their wealth creation goals.”

Mr Kennedy said that Lindsay’s appointment as a Director is in recognition not just of his achievements to date, but also his drive and enthusiasm to make BFS the pre-eminent financial advisory business in regional Australia.

BFS recently introduced a “fee for service” model in a proactive approach to address concerns in the industry regarding financial advisory remuneration structures.

“We have moved away from the more common financial services model where fees are linked to the value of funds invested or advisors are remunerated by commissions,” said Mr Garnock.

“This removes the potential for fee increases due simply to market movements and any possible conflict of interest for advisors is significantly reduced.”

Mr Garnock is based in the BFS head office in Wagga Wagga and is supported by a team of advisors from across the Boyce office network including Phil Alchin (Moree), Luke Carr (Dubbo), Richard Cummins (Orange), Peter King (Goulburn) and Elizabeth Timmins (Cooma).

“I am delighted to be appointed as a Director of BFS and together with my experienced advisory team will continue to work hard to assist rural and regional Australians to maximise their wealth,” said Mr Garnock.