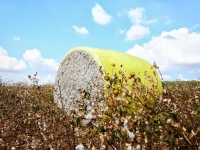 Specifically the 2013 season was characterised by:

Mr Fisher explained that although it was recognised that the numbers in the final report will vary from this interim report, it was important to publish these figures before planting of the 2014 crop commenced.

“This will allow growers to compare their individual 2013 results against the average across the industry and to assist with the 2014 budget process,” said Mr Fisher.

Key Findings of the 2013 Interim ACCA

If you would like to participate in the ACCA or require further information please contact Paul Fisher, Phil Alchin or David Newnham at Boyce Moree on 02 6752 7799 or your local Boyce office.