Boyce joins campaign to share the road in Wagga Wagga 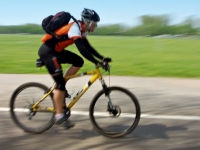 “Share the Road” signs will soon be erected throughout Wagga Wagga as part of an innovative approach to promote road safety for cyclists and motorists in the large inland city.

The “Share the Road” safety project is a joint venture between the Committee 4 Wagga, Wagga Cycle Group, Wagga City Council, WIN Network and The Daily Advertiser.

The Program includes identifying popular regional cycling routes in and around Wagga, establishing new signage, launching a voluntary code of conduct for cyclists and promoting safety awareness via media to motorists and cyclists.

Businesses have been asked to support the campaign by donating money to help fund the cost of the “Share the Road” signs.

Simon Sellars, Director of Boyce Wagga, is a keen cyclist and was eager for the firm to be involved. Boyce signed up as a platinum sponsor of the project donating $1,100 which assisted the organisers to meet their goal of raising $25,000.

“The project is an innovative way to encourage cyclists and motorists to be more aware and more courteous toward each other on the roads,” said Simon.

“We believe anything we can do to increase road safety for all users is worthwhile.”