Boyce City2Surf Challenge - How you can be a part 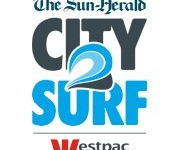 The Boyce team would like to invite you to be a part of our City2Surf team, which is fast approaching and is held Sunday the 13th of August.

We would love you to help us with the fundraising for the Amie St Clair Melanoma Trust and/or join us for fun on the day!

If you wish to join up with the Boyce team below are the instructions on how to sign up. 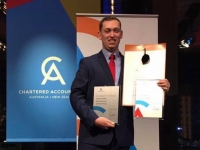 Boyce Wagga team member Cameron Dempsey (pictured) is celebrating a rare feat in accounting terms having topped not just the State but the whole of Australia and New Zealand in the "Capstone" module of the CA program, the accounting industry's post-graduate course.

NSW State Budget | Changes that may affect you

The 2017-18 NSW state budget was released on 20 June 2017 and has passed through both houses of the NSW parliament and received royal ascent on 27 June 2017 making it law. The NSW Treasurer announced it as a ‘budget for the people of our great state’ with a focus on health, education, roads and transport, support for families and generating the right conditions for businesses to grow. The budget announcement stated that the state’s economy is the strongest in the nation and the outlook is positive.

Ransomware and how you can protect your business 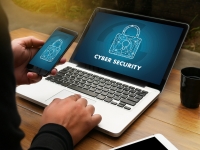 Recent ransomware attacks have caused disruption to businesses around the world. The potential for compromise of operations, business and client information have seen a significant rise in the use of cyber insurance policies.

Think of what such an event might mean to your business or even the loss of all of your personal information at home. Do you have clients to inform, if their personal or financial information has been compromised? The cost of reputational damage can be even larger than the cost of getting everything back online and is often difficult to quantify.

With legendary Boyce Director Bernard Kennedy having finished his time with Boyce on 30 June 2017, we have a very special edition of 10 questions.

From water-skiing on weekends to riding a unicycle - we take a look at Bernard's childhood memories, important lessons learned in life and quirky habits.

1.    What are three words to describe you?  Driven, passionate, loyal.