Boyce Cadetships | The Inside Story 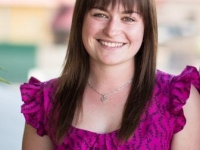 The Boyce cadetship program is in its fifteenth year and has been a resounding success according to Boyce HR Manager Gabrielle McFarland, with three of the current twelve directors commencing with the firm as cadets.

Directors - Linda Mackellar (Wagga Wagga), Julie Schofield (Cooma) and Scott Christian (Dubbo) - signed up to the cadetship program and haven't looked back. They all agree that the most valuable aspect of choosing this pathway is the opportunity to combine practical experience with the theory being taught at university.

“It soon becomes clear how quickly you surpass your uni colleagues through working on real jobs and being mentored by experienced accountants,” said Scott. 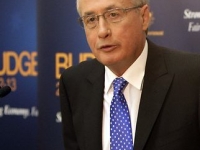 The 2013 Federal Budget has been framed around the much publicised reduction in revenue and ‘soft’ economic conditions, but after releasing most of the big changes in the past few weeks, the Treasurer didn’t have much left to announce in his Budget speech to the Parliament.

Wayne Swan delivered a ‘sober’ budget in the face of an expected revenue shortfall of $60 billion over the four years to 2015-16 and at the same time having to fund billions on the Gillard Government's spending commitments such as the National Disability Insurance Scheme ($14.9 billion over seven years) and the Gonski school reforms ($9.8 billion over six years).

The Budget outlines some measures to address structural issues in the economy, focussing largely on the revenue side, including: