A Secular Bull Market in Shares Close, but returns constrained 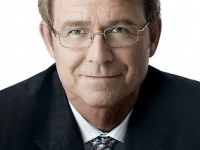 Dr Shane Oliver, Head of Investment Strategy and Chief Economist with AMP Capital Investors speculates that the secular or long-term bear market in global developed country shares is over and we may see the return of a bull market... but he cautions returns are likely to be constrained.

This article is brought to you by Boyce Financial Services, the financial advisory division of Boyce Chartered Accountants. Click here to download a PDF of the original article including graphs.

In March 2000 the global tech boom ended, ushering in a secular – or long-term – bear market in global developed country shares. Since March 2000 global shares have retuned just 0.6% per annum (pa) in local currency terms and lost 2.7% pa in Australian dollar terms. This has been the third secular bear market in the US since the 1920s. The first was in the 1930s and 40s associated with the Great Depression and the second was in the 1970s associated with high inflation. Financial assets such as shares were suddenly out. Real assets such as commodities were in. While the Australian share market managed to avoid the worst of it (being short on tech stocks and long on resources stocks) it too was dragged down during the second leg of the secular bear market that got underway with the global financial crisis in 2007.

With shares entering a new cyclical bull market and the US share market not far from all-time highs, it’s natural to wonder whether the secular bear market is over. And what does this mean for returns? Is the low return world that we have been in since 2000 history or will returns remain constrained?

The history of share markets tells us that we go through cyclical bull and bear phases of roughly 3-5 years duration related to the business cycle. These occur within longer-term secular swings which determine the underlying trend and are driven by the broad macroeconomic trends, periods of technological innovation, the longer-term credit cycle and long-term swings in share market valuations.

This is most clearly evident in the US share market, which in turn has a significant influence on global shares generally. Just because shares may have entered a new cyclical bull market it’s not necessarily the case that the longer term picture has improved. This was the case for US and global shares in the 2003-07 period when there was a cyclical run-up only to see shares fall back to new lows through the global financial crisis, leaving in place a sideways trend.

However, I am increasingly coming to the view that the secular bear market that began in March 2000 in US/global shares is close to an end.

Firstly, the US share market is just a few percentage points from breaking out of the range it has been in over the last thirteen years.

Secondly, during the 2007-09 slump the cumulative real return from US shares fell more than 40% below its long-term trend, a level which historically eventually led to the start of secular bull markets in 1920, 1949 and 1982.

Thirdly, the US appears to be yet again reinventing itself just as it did with electricity and mass production in the 1920s, with consumerism, petrochemicals and aviation in the 1950s and 1960s and by deregulation and ultimately the IT revolution in the 1980s and 1990s. This time around the drivers are:

In addition, while the US has yet to fully deal with its public debt problem, private sector deleveraging is well advanced.

Further, Japan seems to be swinging back into gear. Chronic deflation has played a major role in Japan’s malaise but this looks to be changing with the Japanese Government and the Bank of Japan (BoJ) recently agreeing a 2% inflation target and the BoJ set to become more aggressive under a new governor. This could see Japan break out of its long-term bear market.

Finally, while it’s two steps forward and one back (Italy being an example of the latter), Europe is gradually rebuilding.

This all suggests that, led by the US, the long-term sideways trend in global developed country share markets that has been in place since 2000 may be close to coming to an end.

…BUT WITH CONSTRAINED RETURNS

However, while we may be at or close to entering a new secular bull market this is not to say that sustainable returns will quickly shoot back to the solid double digit numbers that prevailed through the 1980s and 1990s.

One of the best ways to get a handle on future medium-term (i.e.5-year) returns is to combine current investment yields, i.e. dividend yields, rental yields and bond yields, with projections for nominal gross domestic product growth (GDP) growth and inflation where appropriate.

The basic message is that asset class returns will remain reasonably constrained. Yields across most asset classes generally are well below where they were when the last secular bull market in shares got underway in 1982. The lower yields available on assets today mean much more constrained returns going forward.

For a diversified growth mix of assets these returns imply a nominal return of around 7.7% pa or 5.2% pa after allowing for 2.5% inflation. This suggests a reasonable real return, but it’s a long way from the 11.9% pa gross nominal return or 7.8% pa gross real return that Australian diversified growth funds delivered over the 1982 to 2007 period when Australian shares were last in a secular bull market. One thing is clear: with shares offering reasonable yields and modest growth prospects at a time when bonds are yielding just 3% or so, it should be easy for shares to outperform bonds over the medium term.

A range of other considerations also point to constrained medium term returns ahead:

WHAT DOES THIS MEAN FOR INVESTORS?

The bottom line is that, even though the secular bear market in shares may be close to an end, medium-term returns are likely to be relatively constrained compared to those seen in the 1980s and 1990s and volatility is likely to remain relatively high, albeit lower than it has been over the last few years. For investors this means that:

If you would like to discuss your investment needs please contact a Boyce Financial Services Advisor at your local Boyce office.

Important note: While every care has been taken in the preparation of this document, AMP Capital Investors Limited (ABN 59 001 777 591) (AFSL 232497) makes no representation or warranty as to the accuracy or completeness of any statement in it including, without limitation, any forecasts. Past performance is not a reliable indicator of future performance. This document has been prepared for the purpose of providing general information, without taking account of any particular investor’s objectives, financial situation or needs. An investor should, before making any investment decisions, consider the appropriateness of the information in this document, and seek professional advice, having regard to the investor’s objectives, financial situation and needs.