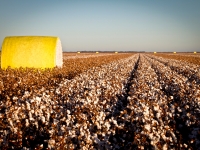 The 2017 Australian Cotton Comparative Analysis report has been recently published and is available to download here.

The 2017 analysis is the thirteenth report to be produced by Boyce and CRDC.  From 1986 to 2004 the report was published independently by Boyce.

The aim of the study is to collect and critically analyse data that will assist the industry to grow and develop sustainably through a focus on best practice techniques. The study is regarded by the cotton industry as the benchmark for the economics of cotton growing in Australia.

The 2017 report is based on sample figures from participants who produced just on 498,000 bales, which is approximately 13% of the total Australian cotton production.

It was an excellent season for growers in the top 20% group, with a profit of $2,592 per hectare compared to the five year average of around $2,443.

Report co-author Paul Fisher, a director of Boyce Moree, noted that ‘the 2017 analysis is interesting as it shows, for the first time in at least 7 years, a reduction of the importance of yield in terms of achieving Top 20% results. 2017 yield was disappointing with respect to the past two years, whereas prices were excellent and costs per hectare were well down’.

Boyce and CRDC encourage all growers to consider participating in the benchmarking study as a way to greatly enhance understanding of the key drivers that consistently define the top cotton producers in Australia.