Home > 2014 FEDERAL BUDGET | The path back to sustainability 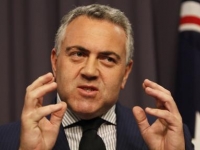 One of the few surprises in the Budget was the linking of the leaked healthcare co-payment – set at $7 per visit – to a new Health Research Future Fund. Savings from cuts to health to be diverted to this fund will reach $20 billion by 2020 – the largest of its kind in the world.

The Treasurer said the ‘age of entitlement is over’ and he asked all of us to share some of the pain, although the commentary suggests that some will feel more pain than others.

For a three year period from 1 July 2014 to 30 June 2017 a 2% levy will be imposed on individuals’ taxable income above $180,000 as part of the Government’s strategy to share the budget pain across all sectors.

The Temporary Budget Repair Levy will only apply to income above the $180,000 threshold. This means for example, an individual with earnings of $250,000 in the 2015 financial year will pay an additional levy of $1,400.

This increase to the FBT rate will ensure that individuals on incomes above $180,000 don’t swap salary for fringe benefits in an effort to reduce their earnings below the levy threshold.

The Budget outlined various reforms to the Family Tax Benefit (FTB) Part A and Part B.

These measures largely commence on 1 July 2015 with some transitional arrangements.  The FTB payment rates will be maintained for two years by pausing the indexation of the maximum and base rates of FTB Part A and the rate of FTB Part B from 1 July 2014.

The Medicare Levy Surcharge and Private Health Thresholds are to be frozen for three years from 1 July 2015.

The Government will reduce the Medicare Benefits Schedule (MBS) rebates from 1 July 2015 by $5 for standard general practitioner consultations and out‑of‑hospital pathology and diagnostic imaging services and allowing the providers of these services to collect a patient contribution of $7 per service.

For patients with concession cards and children under 16 years of age the MBS rebate will only be reduced for the first 10 services in each year, after which it will return to current benefit levels.

Additionally, there will be changes to the Medicare Safety Net arrangements from 1 January 2016.

The savings from these measures will be invested in a $20 billion Medical Research Future Fund.

If an individual chooses this option, no excess contributions tax will be payable and any related earnings will be taxed at the individual’s marginal tax rate.

Final details of this policy will be determined following consultation with key stakeholders.

The Government will change the schedule for increasing the superannuation guarantee rate to 12% due to the uncertainty over the repeal of the Mineral Resources Rent Tax.

Business tax changes were limited as many of the Budget measures focused on expenditure savings.

The Government confirmed its intention to reduce the corporate tax rate to 28.5% from 1 July 2015.

On the other side of the ledger, companies with taxable income in excess of $5 million will be hit with a 1.5% levy to help fund the Government’s paid parental leave scheme.

From 1 July 2014 the research and development tax incentive on refundable and non-refundable tax offsets will be reduced by 1.5% to retain alignment of the commitment to reduce the company tax rate from 1 July 2015.

New Subsidy for Hiring Australians over 50

Employers may receive up to $10,000 in Government assistance if they hire a job-seeker aged 50 or older under a new “Restart Program”.

Payments will commence after the worker has been employed for at least six months and will be paid in the following instalments:

Fuel excise indexation will be reintroduced from 1 August 2014. This will involve a biannual CPI indexation. Revenue raised through this measure will be linked to funding for new road infrastructure.

The burden of fuel excise indexation will fall largely on consumers and to a lesser extent on the business sector. This is as a consequence of the fuel tax credit scheme, which is available to businesses acquiring taxable fuel for eligible uses and which will remain essentially unchanged.

Excise on biodiesel will increase in line with product energy content rules.

It remains the Government’s policy to proceed with the repeal of the MRRT and Carbon Tax after 1 July 2014, despite having its initial Bill defeated in the Senate in March 2014.

The Government will provide a further $3.7 billion over five years from 2013‑14 to the Infrastructure Investment Programme for new investments to support economic growth and employment. The new investments include:

Reaction from farmers to the 2014 Federal Budget has been mixed despite the Coalition’s stated commitment to the agriculture sector as a key driver of the Australian economy.

If you have specific questions about how the 2014 Budget may impact you or your business, please speak with your local Boyce Director.